Helloooooo! Today I only have a quick little swatch for you, it's Madam Butterfly from the Catrice Neo Geisha LE :) 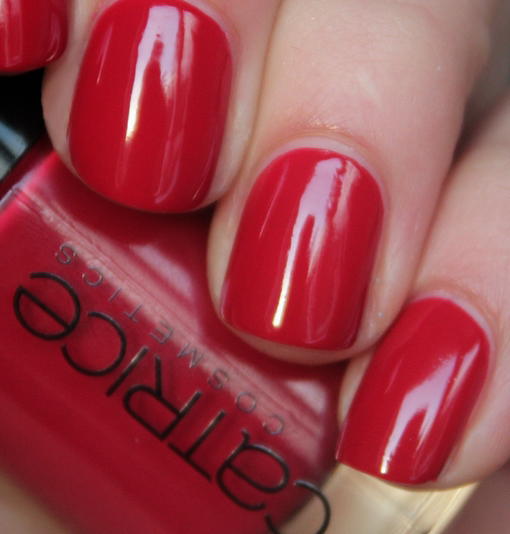 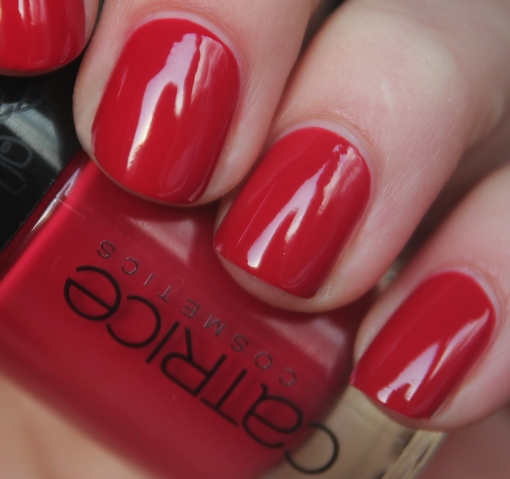 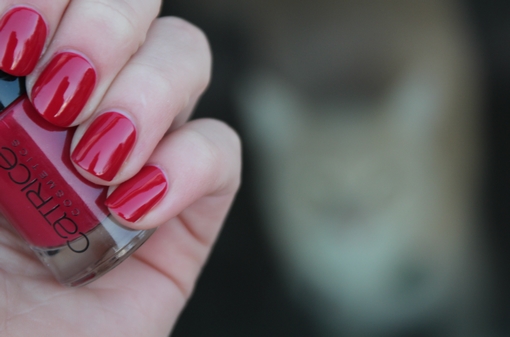 Madam Butterfly is a very pretty berry red nailpolish. It's opaque in just 2 coats and dries pretty quickly. I am loving the colour of this, it's not your typical red but it's also not your typical pink. Yes. I like.

Have a great weekend byeeeeeee!

Is there such a thing as the 'worst blogger award?' I haven't posted something in almost a month and I feel terrible about it. And yes, there it is again, that lame little excuse: "I've been extyremely busy." Yep, I've been really busy. Again with school and testweek and loads of other fun stuff. When I painted my nails it was either a polish I already posted or it was too dark to take pictures outside. So, I apologize for that and I hope you'll forgive me :(

Ofcourse I did not only want this to be a sad sad apology-post...so here's a little nailswatch! It's George Blueney from Catrice, a very pretty dark blue base loaded with tiny blue and green glitters/glass flecks. I used two coats and a layer of topcoat. 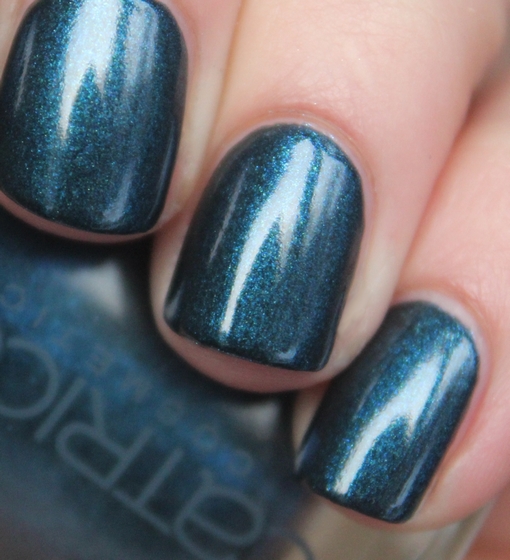 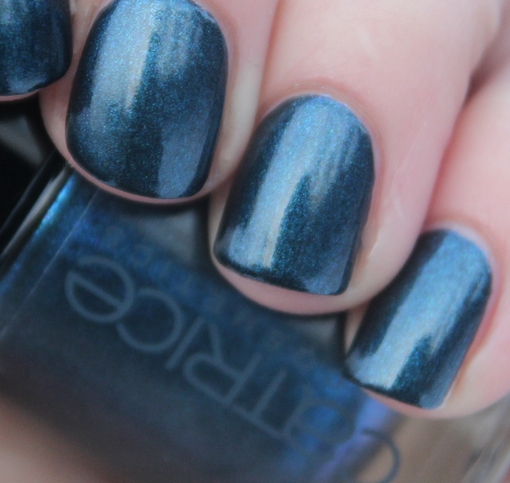 outside, in the snow! 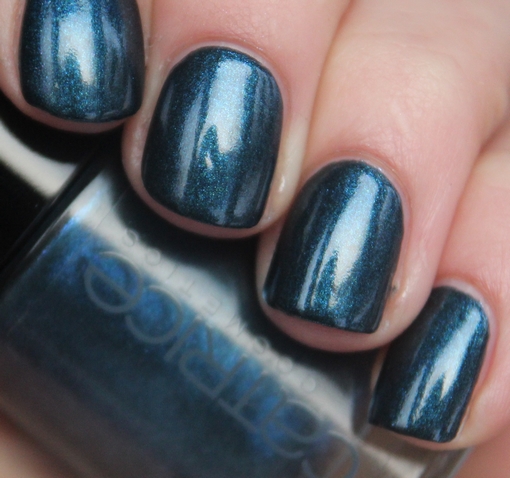 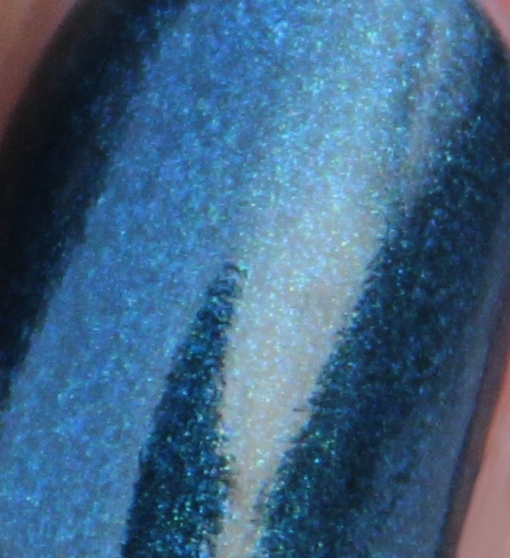 close-up, look at the tinytiny green glitters in 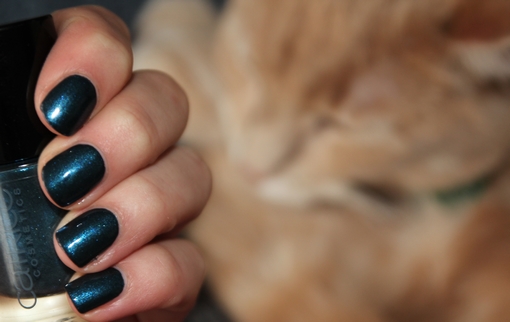 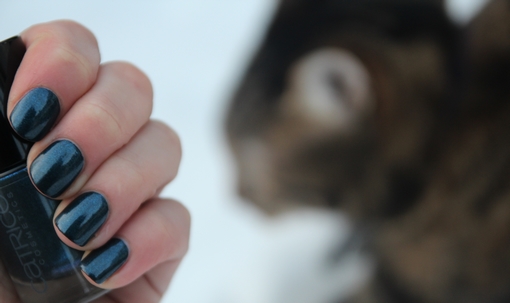 Isn't it pretty? I got this on a 1+1 discount and I'm reaaaally liking it :D Honestly, I'm a sucker for these kind of polishes and I'll admit I have about 5 polishes that kind of look like this. Woops.

On other news: It's snowing in Holland! Also, Sem and Mila are allowed to go outside now and they love it. They absolutely love it. They also really like the snow so I went outside and took some pictures of them (and Luna ofourse!). 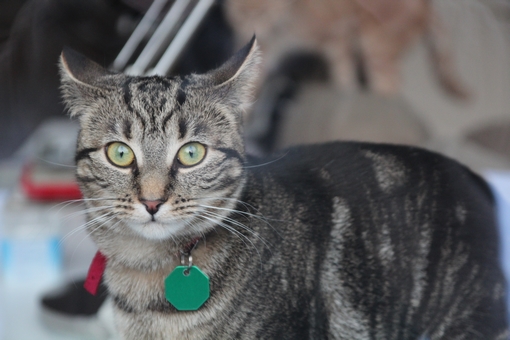 Mila's shocked face when she saw the snow, lol! 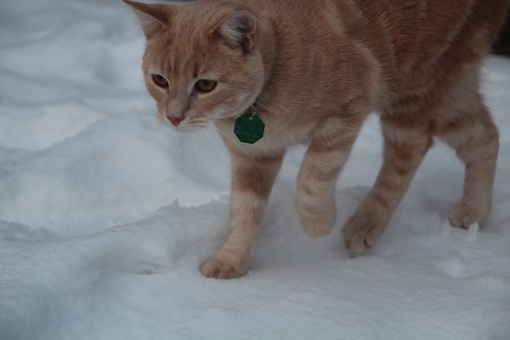 Sem being a brave little kittycat. 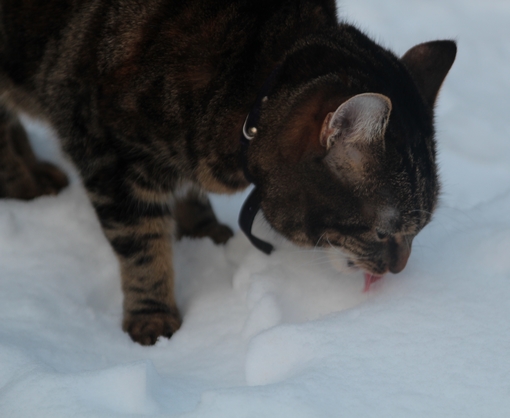 Sem and Mila are growing up so fast! Do you guys remember when we just got them, and they were these little fluffballs? 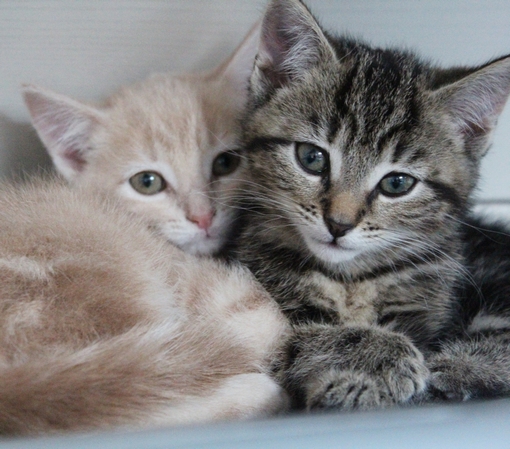 Naaaaw! Luna is getting quite used to them and I think she secretly likes them. She finally has a new buddy to play with: Sem!

Isn't it cute? Ok ok, enough catpictures. For now.
Have a great weekend!

Well hello there! I am in a very good mood becauuuuuuse it was my birthday the 27th, and I'm finally 16 now :D Yaaaaaaaay! On to the nail-related-part of this post. For my New Year's nails I used two layers of Essie - Fiji and after that dried I applied some Barry M - Amethyst glitter gradient on my accent nail :) 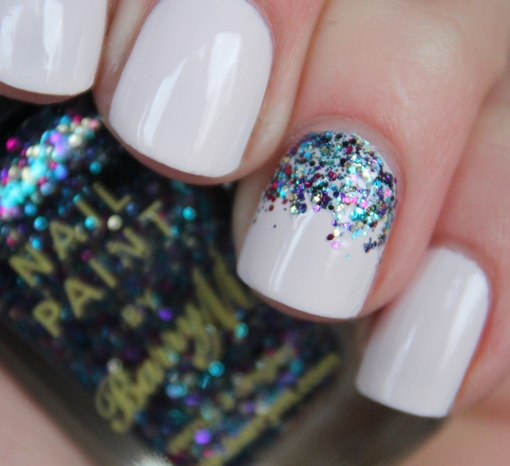 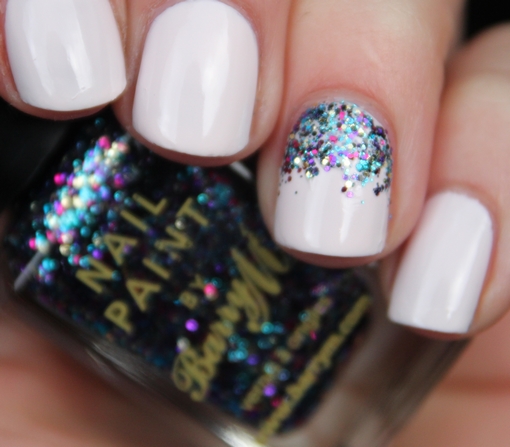 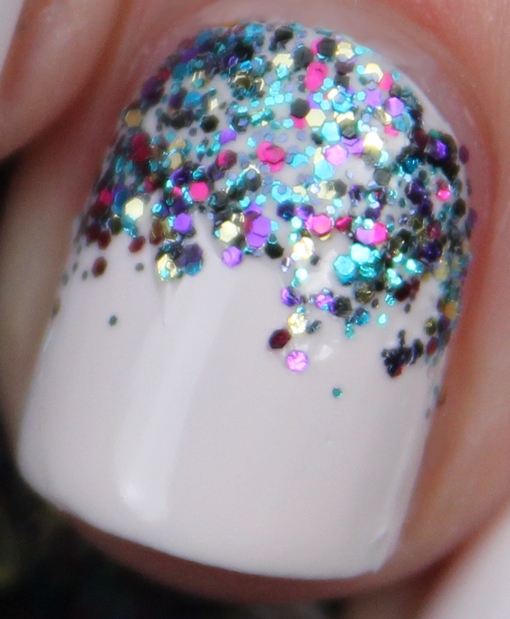 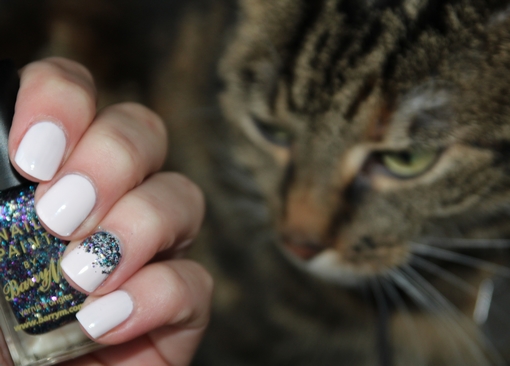 I am absolutely in loooove with this mani, it's so cute and the glitters reminds me of fireworks.. Fiji is a very pale pink that tends to look kind of white sometimes. I really like the way these polishes look together and I think I might apply the glitter to all of my nails. Should I? Leave me your thoughts in the comments!

Merry christmaaaaaaaaaas! I hope everyone is enjoying their christmas days and spending it with the people they love. For my christmas nails I used the ANNY - Art of Pearls set. It has 3 bottles: a black basecoat, the pearls and topcoat, an easy little guide that shows you how to apply the pearls/caviar/little thingies and a paper little bowl. First you have to apply two layers of the black basecoat, then hold the nail you want the pearls on over the little bowl and then apply the pearls. When you're finished you can easily put the leftover pearls back in the bottle by folding the little bowl. Sounds really strange I know, but it's really easy :) Picturesss :D 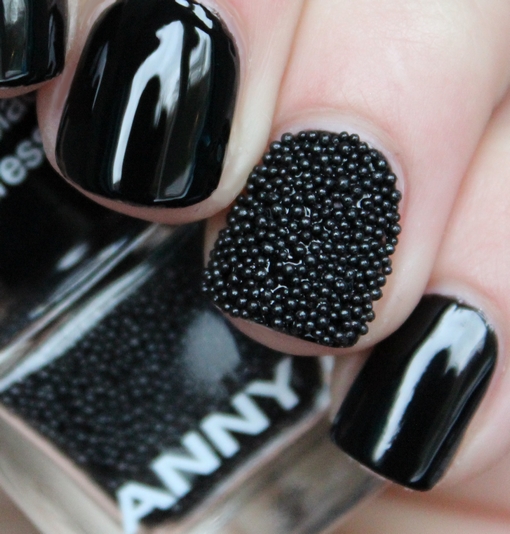 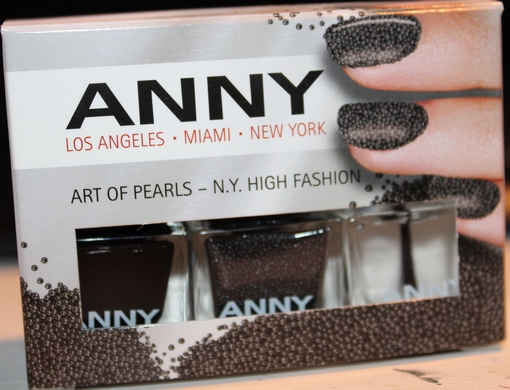 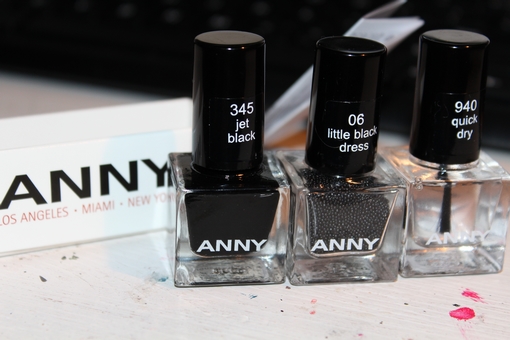 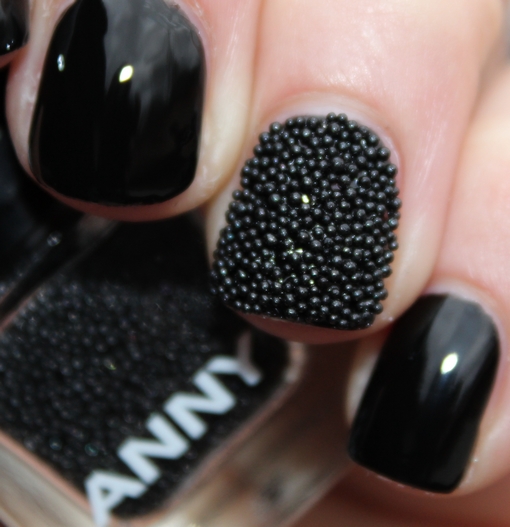 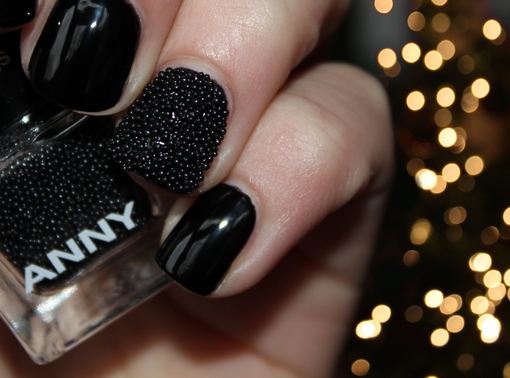 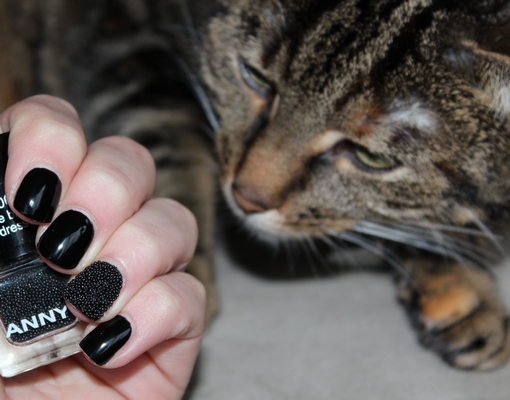 I really like the look of this! I made these pictures without any topcoat but I applied topcoat after taking the pictures. It still feels a little strange and gritty, but better than without the topcoat haha... I hope you like these pictures and enjoy the rest of your christmas :D

Elize
My name is Elize, I'm a 16 year old girl from Holland and I love everything nailpolish and kitty-related! ♥

If you have any questions, feel free to mail me on purrrpolish@hotmail.com or ask me on my twitter, @purrrpolish. I'll try to respond as soon as possible!